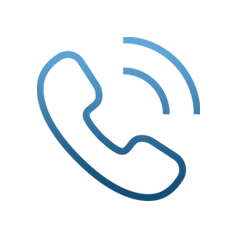 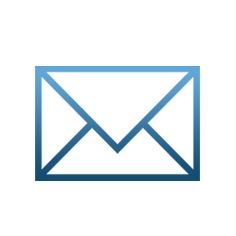 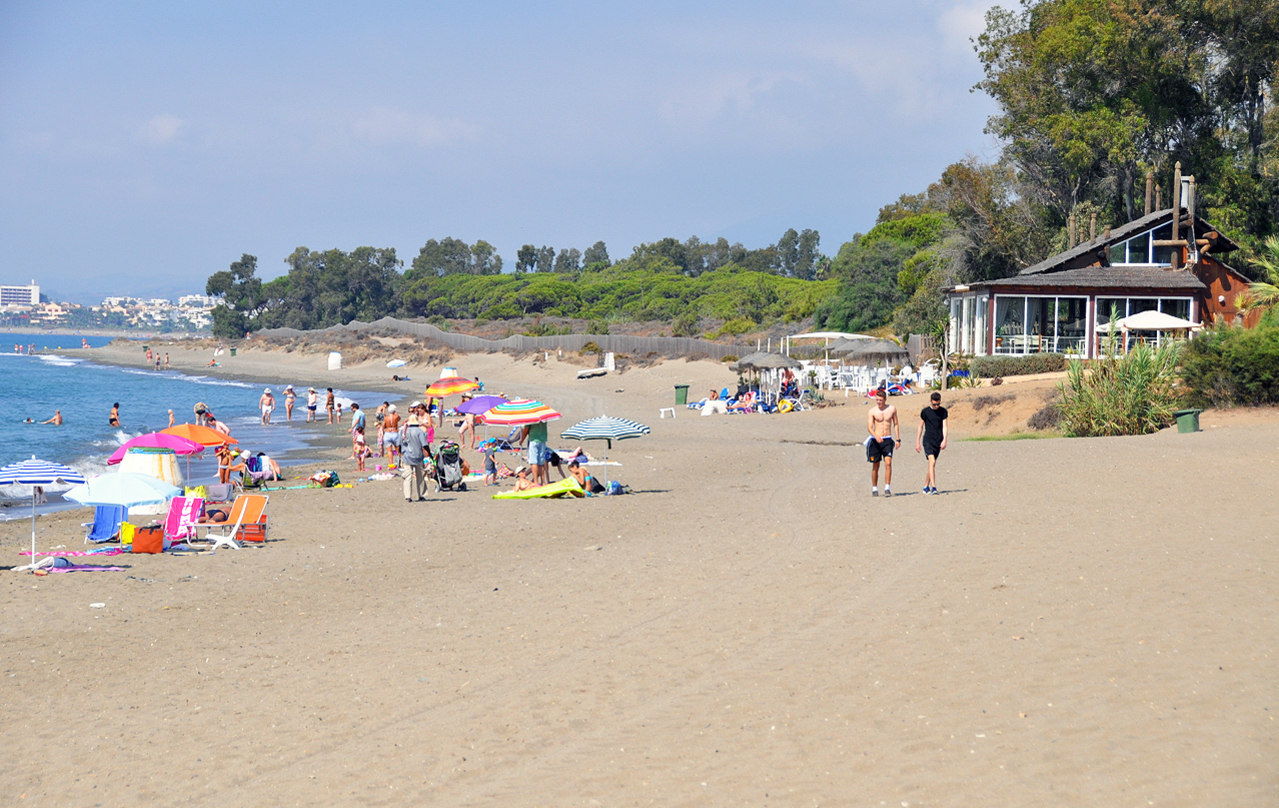 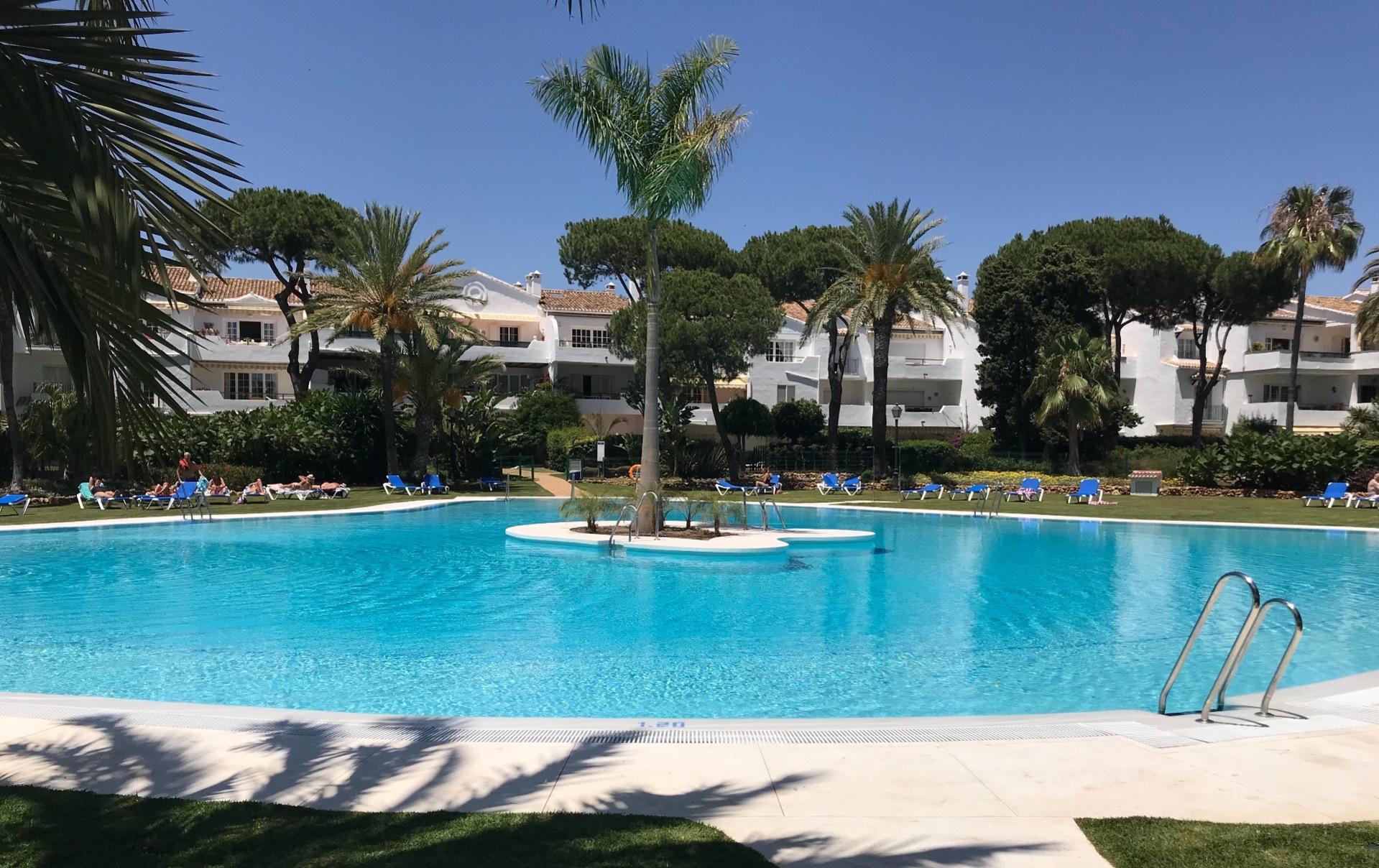 Discover El Presidente 0034 655177100
Follow our steps to choosing your fabulous holiday location
21 years ago we were looking to buy a holiday apartment close to Marbella on the Costa del Sol and the steps that we took in making our final choice will hopefully help you too, especially as so many of our key determinants are likely to be very similar to those that you have for your holiday rental apartment.
These are some of the reasons why we chose El Presidente:
Location - close proximity to Marbella, San Pedro, Puerto Banus and Estepona, the beach, great restaurants, bars, supermarkets, local attractions and transportation;
Accommodation - spaciousness, modern refurbished bathrooms and kitchen, views, quality;
Facilities - internal: satellite television and internet, well-equipped kitchen; external: swimming pools including one that is heated in the winter. tennis and panel courts, lush colourful gardens, fountains and water gardens;
Atmosphere - tranquil, secure, select, elegant, family friendly;

El Presidente: Why we chose it for our special holiday apartment

For us, the aim was simple. We wanted to find a holiday home, close enough to Marbella but somewhere that we could visit from England with our soon-to-be-born daughter whenever the grey skies became too depressing or we needed a respite from the stresses and strains of our busy lives as teachers.
The route that we took was one familiar to not just thousands of other home buyers but also, as we later discovered, thousands of holidaymakers too, The reason for this shared sense of purpose was that we seemed to want similar things from our chosen base.
As the old cliché goes, location was the primary concern.
Obviously price was very much in the mix too, especially in a place like Marbella with the lure and attraction of wealth, inflated prices and sellers expectations. With only relatively limited resources, those properties with price tags in the many hundreds of millions (it was the time of the peseta when a million was roughly equal to £5000!) were instantly off the list.
Consequently the beach-side Marbella Golden Mile, where Sean Connery still had his home, was well outside of our reach and aspirations. We moved inland with our search …. and then even further inland. The properties, especially in the recently built developments, often had the appeal of the bright and shiny new but ….. they were also too often quite cramped and crammed into the relatively small footprint of their respective urbanisations.
In addition, the further inland we went so the hotter it became. The cooling summer coastal breeze off the sea being replaced by the oppressive and intense trapped heat bouncing off the acres of brick and concrete.
The varied offerings of dozens of delightful tapas bars and restaurants within walking distance on the coast were replaced by the odd outpost of culinary civilisation scattered like isolated blanched pebbles amongst the urban sprawls beneath the towering La Concha.
Also gone were the relaxing sound of the waves, the murmurings of wildlife in the verdant surroundings, and the wonderful beach-side strolls close to where ever we lay our protective hats.
Six months of searching drifted by, invigorated by occasional offerings from enthusiastic agents promising affordable paradise only then to be replaced by the stark reality of the actual visit when the glossy visual appeal of the wide angled lens and the generously artistic licence of the advertising creatives were revealed to be yet another mythical offering.
Then, with the clock ticking quickly down to the eagerly anticipated arrival of our new family member, the name El Presidente, located on what was known as the Marbella New Golden Mile, was offered as the solution to our hopes and needs. 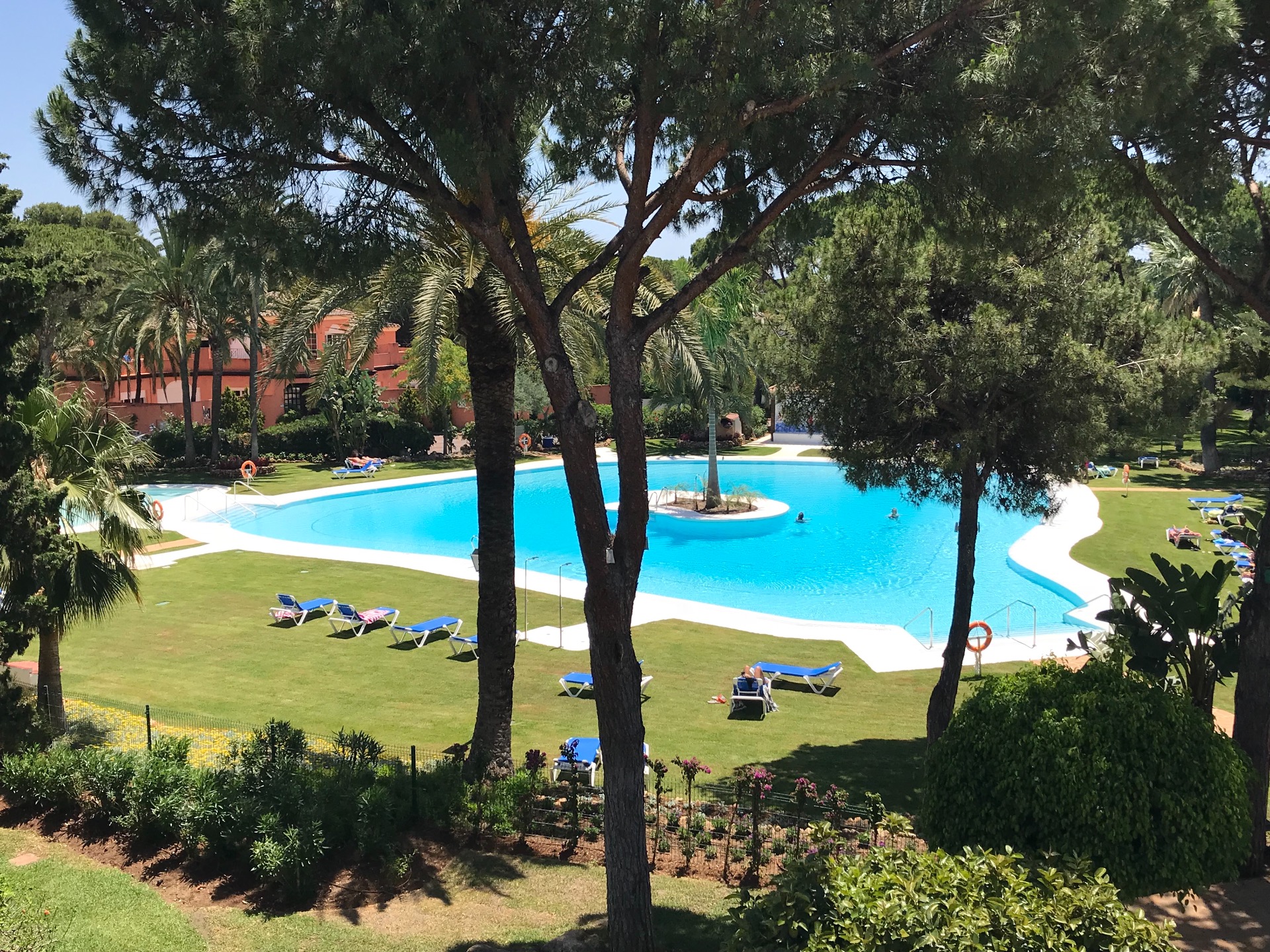 The magnificent Main Swimming Pool and lush Sub-Tropical Gardens
Years before, around the time in the mid 80s when the international jet set were making Marbella and Puerto Banus the centres of their hedonistic Mediterranean lifestyles, a renowned international developer bought the parcel of land that was just on the border between the municipalities of Marbella and Estepona. Here he designed and partially constructed an urbanisation, El Presidente, that quickly became known along the Coast as a byword for style, luxury and prestige. With its extremely spacious apartments, cascading fountains and waterfalls, lush semi-tropical gardens set amongst open palm lined avenues and vast tracts of neatly trimmed lawns, gorgeous swimming pools (the main one beautifully designed by an acclaimed architect, shaped like a lagoon with a central island), and its numerous tennis and padel courts, El Presidente really was unlike any other place in the surrounding area.
Almost instantly we became entranced by El Presidente's uniqueness, peacefulness, beauty and spectacular appeal. Next to the main coastal highway and the nearby towns of San Pedro, Puerto Banus, Marbella and Estepona for easy visiting, but an oasis of peaceful calm and elegant luxury. 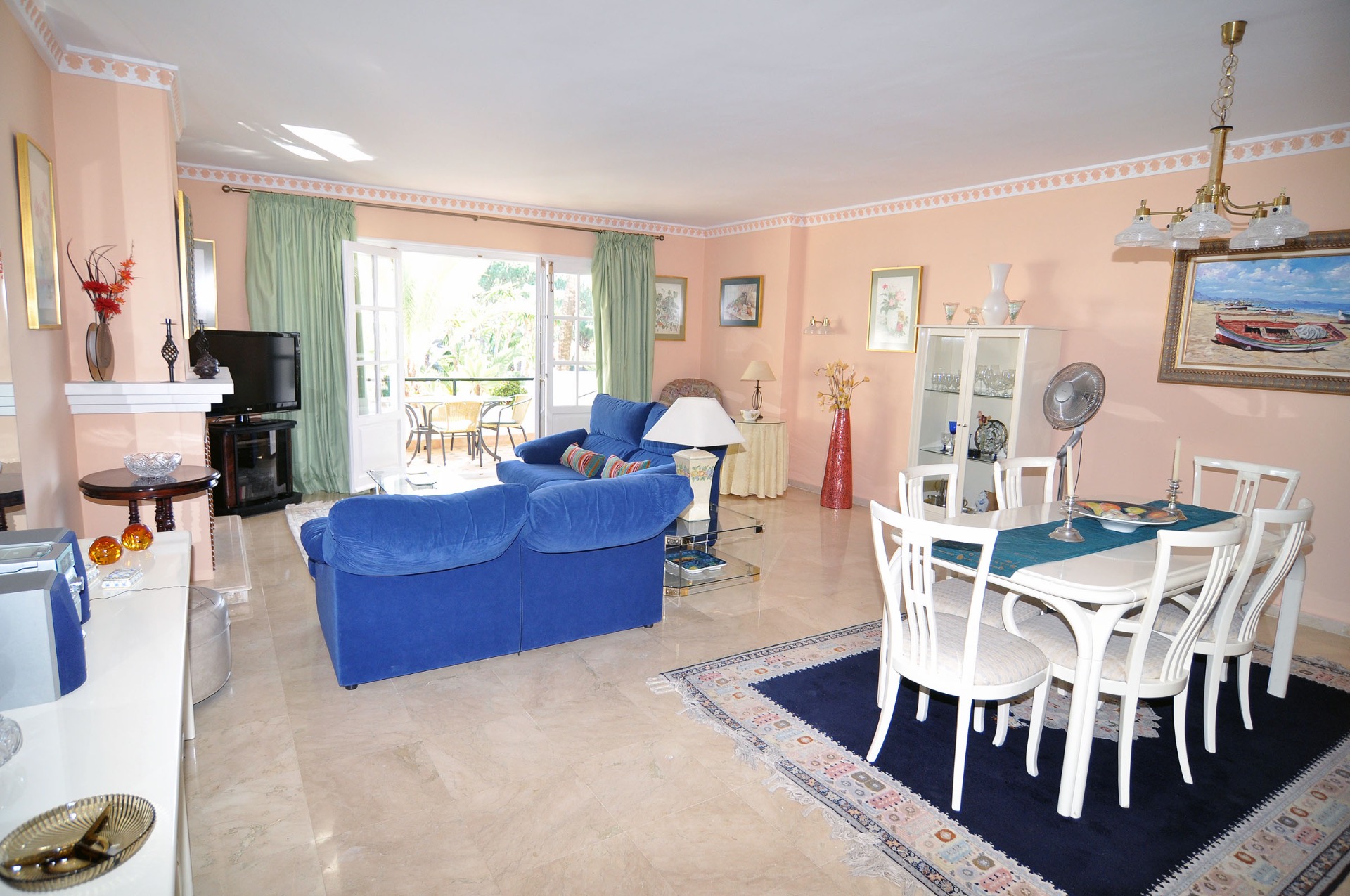 Our spacious Madroño Lounge
Our gorgeous Madroño front-line corner apartment was 200 sqm of everything that we had been looking for. Incredibly spacious rooms, stunning views of the main pool and gardens from its large south-facing terrace, a tranquil and relaxing environment and so close to everything that we needed. This is now one of the apartments that we own in El Presidente and where you too can stay, especially as during the time that we have been there we have completely refurbished the bathrooms and the kitchen, redecorated and revitalised it with new furniture and beds to make it affordable comfort and luxury for our guests.
Being able to walk to the lovely Isdabe Beach, to the dozens of nearby excellent restaurants and bars, both on the beach and either side of the nearby coastal road around the little hamlets of Benamara / El Paraiso was idyllic living.
Then just over five minutes drive from El Presidente were the delightful local towns of San Pedro, Benahavis and Puerto Banus, just five minutes further on were Marbella and Estepona. So many pleasures and fun activities within the surrounding area were waiting to be explored and enjoyed. Fabulous restaurants, tapas bars and local restaurants too offering sensational local produce and dishes, home cooked food with so many varied international flavours.

The beautiful interior of El Presidente
With the passing of 20 years so the area around El Presidente has continued to improve. During this time, the final phase of the complex was finally completed by the bank that took the land in lieu of the debts left by the demise of the original developer’s business. Of course, in order to maximise their return, these apartments were half the size of those in the original phases (where our own apartments are located).
From the perspective of supplies and provisions, the opening of our local ALDI two years ago has also made a massive difference especially as it is only about 400 metres from our apartments. Fresh produce, a good selection of provisions and great prices within close walking distance are a real bonus.
Although in some ways it was sad to see the closure of the old beach bar restaurant, Roberto’s, as the food was extremely good, its random opening periods and hours meant that it was a place we could not rely on. Now we have two other beach bar restaurants, La Vela Azul and Salduna Beach, that are just a gentle stroll from our apartments. Both have their own advantages in terms of food, facilities and prices but both have the same spectacular view across the Mediterranean that on a clear day goes all the way to the coast of Morocco.
Also a few minutes walk from El Presidente are a large number of local restaurants offering a huge range of cuisines to tempt a wide variety of palates. 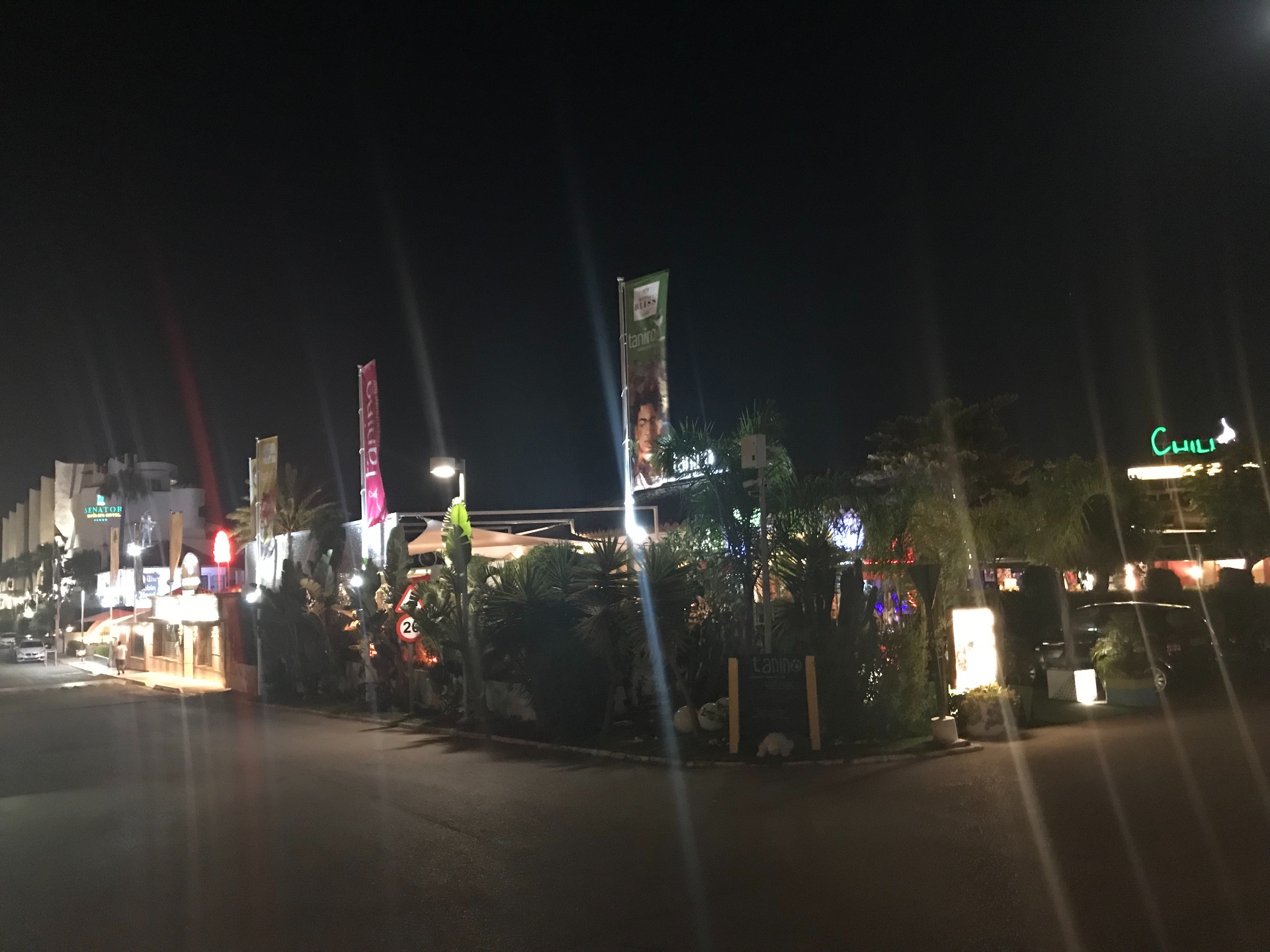 Many great restaurants are within a short walking distance
The first line of eateries include the English style bar-restaurant The Robin Hood, the Lebanese L’Oriental, the Cuban Havana, the Italian style restaurant La Mamma Elena, the Mediterranean Tanino and Indian /Tex-Mex Chilii. Just down from our side of the footbridge is the Spanish/Mediterranean restaurant Casa Juan / Steak and Rib Shak with its very good food and cosy atmosphere. Just before it, is the recently opened Persian Shahrazad with its tasty lamb and chicken kebabs and starters. On the other side of the footbridge there are many more options to choose from, including three very popular restaurants that we regularly enjoy going to with our family: the Italian La Grappa, the Chinese Golden Sun and the Indian Masala. An added bonus in the summer months is that many of these restaurants have gardens and terraces at the rear enabling you to dine under the stars!
On the Benahavis side of El Presidente there are also a number of additional options including Pizza and Sushi Taxi and one selling roast chicken and kebabs. Next to ALDI there is a restaurant, Scher Hauf, with an on-site German brewery and tapas bar on the ground floor. Almost next to it is a lovely coffee bar that serves breakfast, tapas and pastries, together with a recently opened Italian restaurant with a large front terrace.
These are just some of the local choices. Slightly further away in Guadalmina, San Pedro, Puerto Banus, Benahavis, Marbella and Estepona there are many more and we will be introducing you to these in the coming months with further blogs.
Hopefully for the moment, this blog has given you a taste of why we feel so lucky to have found El Presidente as our home and why we are so happy to share it with our guests.
Please do let us know if you have any additional recommendations for the local area - bars, tapas bars, restaurants, shops or leisure activities. 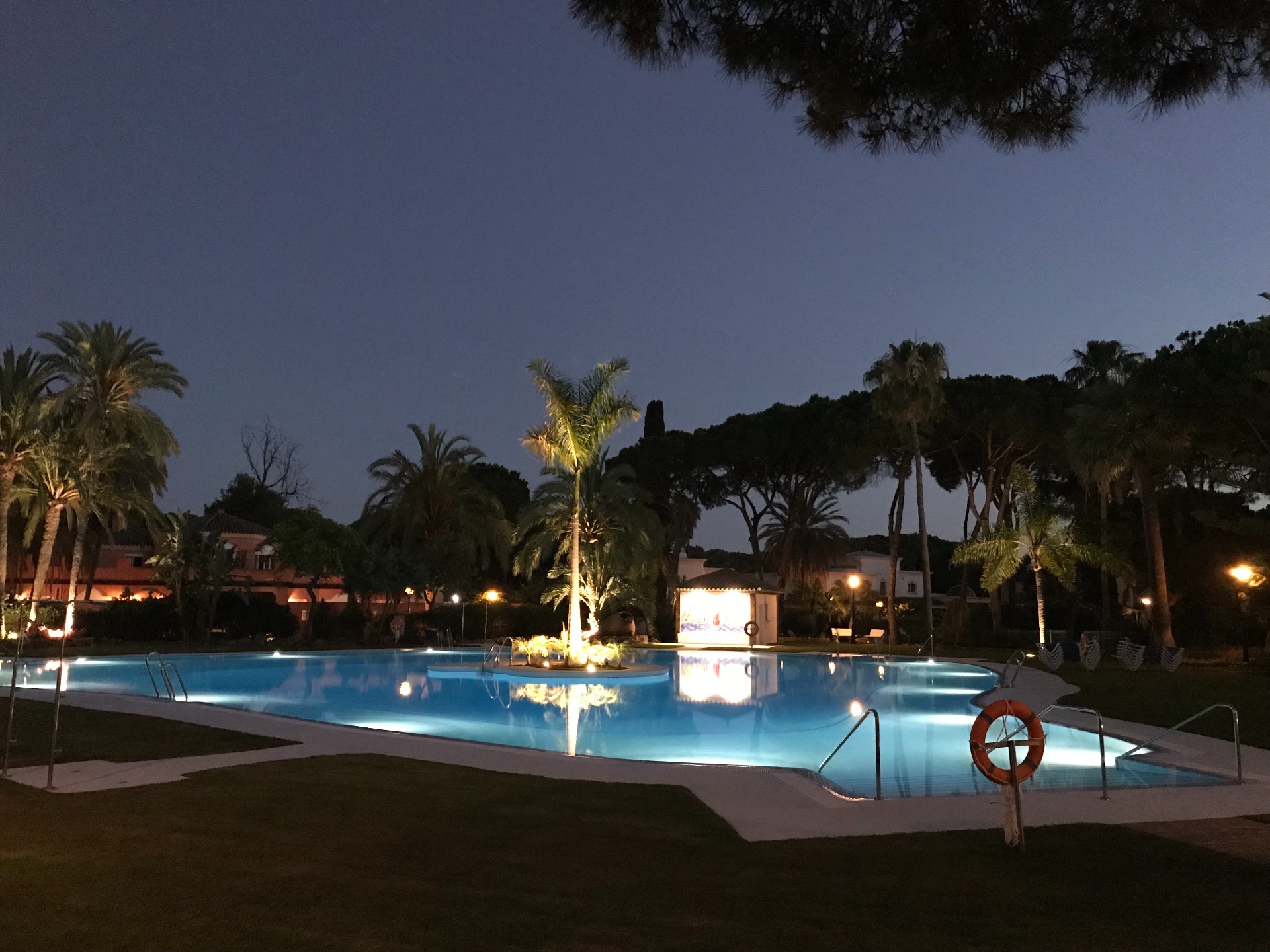